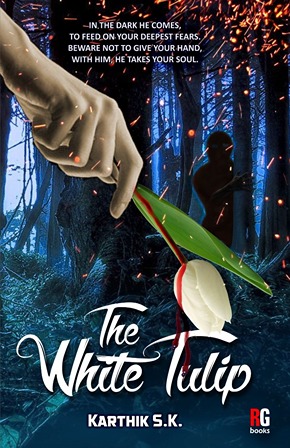 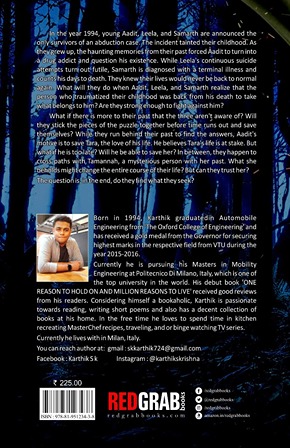 In the year 1994, young aadit, Leela, and Samarth are announced the only survivors of an abduction case. The incident tainted their childhood. As they grew up, the haunting memories from their past forced Audit to turn into a drug addict and question his existence. While leela’s continuous suicide attempts turn out futile, Samarth is diagnosed with a terminal illness and counts his days to death. They knew their lives would never be back to normal again. What will they do when aadit, Leela, and Samarth realize that the person who traumatized their childhood was back from his death to take what belongs to him? Are they strong enough to fight against him? What if there is more to their past that the three aren’t aware of? Will they stick the pieces of the puzzle together before time runs out and save themselves? While they run behind their past to find the answers, aadit’s motive is to save Tara, the love of his life. He believes tara’s life is at stake. But what if he is too late? Will he be able to save her? In between, they happen to cross paths with tamannah, a mysterious person with her past. What she beholds might change the entire course of their life? But can they trust her? The question is, in the end, do they find what they seek?.

Born in 1994, Karthik graduatedin Automobile Engineering from 'The Oxford College of Engineering' and has received a gold medal from the Governor for securing highest marks in the respective field from VTU during the year 2015-2016. Currently he is pursuing his Masters in Mobility Engineering at Politecnico Di Milano, Italy, which is one of the top university in the world. His debut book 'ONE REASON TO HOLD ON AND MILLION REASONS TO LIVE' received good reviews from his readers. Considering himself a bookaholic, Karthik is passionate towards reading, writing short poems and also has a decent collection of books at his home. In the free time he loves to spend time in kitchen recreating MasterChef recipes, traveling, and or binge watching TV series. Currently he lives with in Milan, Italy.

Be the first to review “The White Tulip” Cancel reply