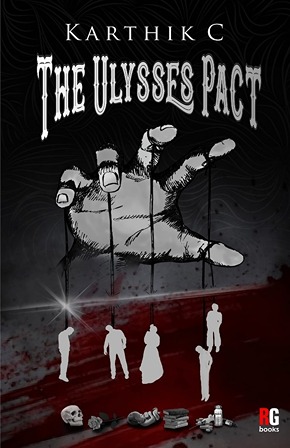 Yazdaan Abbas, an intrepid psychiatrist from the valley, uses five of his patients as pawns to play in a deadly game where they enter a Big Boss-esque house of death. The debauched ‘reality show’ is streamed live in the deep bowels of the darknet where delinquents bet on the horrid lives of miserable people. Each of the five carry their own secrets which when revealed can threaten their own reality: There is an egotistical writer who pushes the boundary of creativity to a point of no return, a man haunted by a shadow as the mystery of a murder unravels, an unbridled love story of a hopeless romantic, a tale of spies, cries and sacrifice, a psychological reflection filled with suspense and intrigue. Will the five drown in their despair? Will Yazdaan Abbas succeed in his unethical social experiment? Will we uncover all the enigmas that lie within? Dive right through the thrilling story of self-realization and second chances giving its readers an immersive experience, one which is assured to stay with them for a long time.

Karthik C is a Bangalore-based writer of speculative fiction. His previous publishing credits includes myriad of short stories published by many noted publications and critical awareness articles along with some regional recognition. His personal and corporate blogs have won him numerous awards and accolades. He published his first full length thriller novel called Codename: SPECTER as a primary author through Half Baked Beans publications. He has a Master’s in Microbiology. He lives with his family and works as a Project Manager for a pharmaceutical giant. The Ulysses Pact is his second standalone novel.

Be the first to review “The Ulysses Pact” Cancel reply