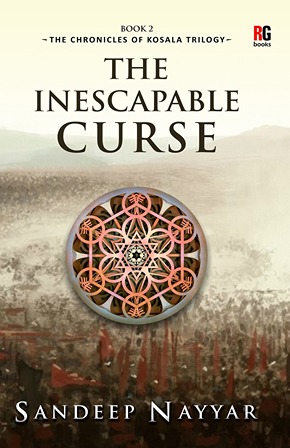 In the glorious post-Vedic era, Dandaka is a forest kingdom in central India. Green and prosperous. Neighboring states have their eyes on the wealth of Dandaka. Kosala in the north, Andhra south, Vidarbha in the west and Kalinga to the east. The main concern of the young king of Dandaka, Mukund Verma, is to save his kingdom from the evil eyes of the neighbouring states unaware that the real enemy is lurking within his own state. The emperor of the mighty neighboring kingdom of South Kosala, Rudrasen, launches a wanton attack on Dandaka with the help of the internal enemy. Dandaka not only faces external attack but is also to become victim to internal rebellion. With the shrewd war strategies of the young queen Kusumlata, Dandaka succeeds in humbling its enemies to the dust. The defeated and humiliated Rudrasen is determined to take revenge on Kusumlata but is also frightened by the strategic shrewdness of the young queen. In his desperate desire to defeat Kusumlata, Rudrasen yearns to get a magical yantra and the spiritual powers it contains, blind of the knowledge that the yantra is cursed. In his frantic pursuit to obtain the magical yantra, Rudrasen must compete with rival seekers of the yantra. What heavenly powers lie within the yantra and what curse stays the hands of those who would unleash them? Who finally manages to get hold of the yantra and who will become the victim of its curse? Read the fascinating tale of magical realism, book 2 of ‘The Chronicles of Kosala’ trilogy, ‘The Inescapable Curse’.

Be the first to review “The inescapable curse” Cancel reply