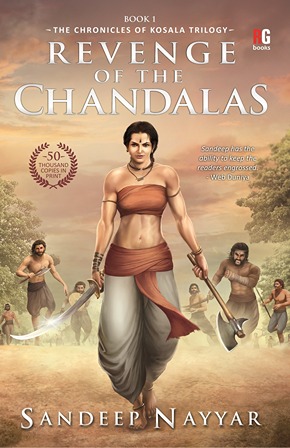 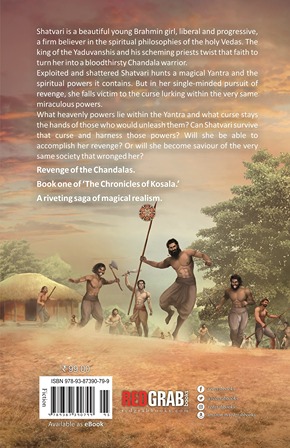 It is the post-Vedic era in the land of enigmatic India. South Kosala, ruled by the Yaduvanshis is a mighty kingdom in central India. Its splendour and glory invite envy from several kings of the Bharatvarsh.The arch-rivals of the Yaduvanshis, rulers of North Kosala and the former rulers of South Kosala, the Raghuvanshis of the Ikshvaku lineage are resolute to settle their score with the Yaduvanshis and to reconquer the state. With tact and shrewdnes, they incite neighbouring Nishada tribes to launch guerrilla attacks on South Kosala. They ignite the fury of downtrodden Chandalas of the kingdom to force a violent uprising against the king of the Yaduvanshis.The infuriated Chandalas, equipped with a lethal chemical weapon unleash a marauding attack on Sripur, the capital of South Kosala. Mayhem ensues. The chaos begins to lead to a catastrophe. What eventually happens in this cataclysmic clash between the oppressed and the oppressor? Does the cold war between the two rival states culminate in a ‘battle royal’? Do the Raghuvanshis and the Nishadas also enter the fray? Do the Raghuvanshis succeed to repossess South Kosala? Or do the Chandalas attain a historic success in overthrowing the oppressive regime and changing the very fabric of the society?Revenge of the Chandalas.

Be the first to review “Revenge of the chandalas” Cancel reply