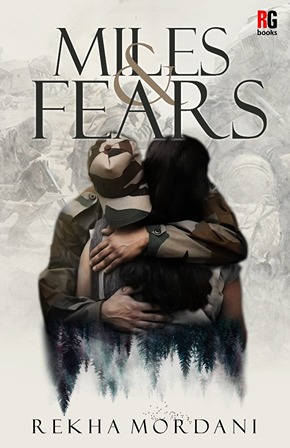 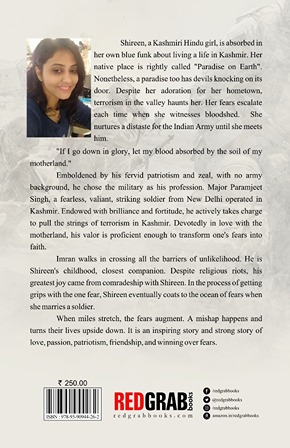 ‘Miles and fears’ is an engaging fiction novel that speaks aloud about the fears a soldier’s family copes with when the soldier stands miles away to guard the nation. It is a romance novel that has been set in Kashmir and new Delhi. The story revolves around a Kashmiri Hindu girl who has endured the pain of exodus in her childhood. Shireen doesn’t understand what triggered the exodus of Kashmiri Pandits. Having witnessed frequent bloodshed and religious riots in Kashmir, every day, she struggles to free herself of the fears of losing her parents. She only sees the ruthless, marauding face of the Indian Army in Kashmir. Hence, relocating to Delhi is the only way she finds to get rid of fears. Major paramjeet Singh is a fearless, valiant, sturdy soldier who willfully conducts counterterrorism actions. He is well-known for military tactics. He is a man of stability in a difficult, violent situation, even in his personal life. He accidentally met shireen in the cacophony of bomb blasts. Since he saved her family and accomplished the mission, shireen became inclined towards him. Gradually a series of unplanned meetings brought them closer. In the process of getting grips with one fear, she eventually coats to the ocean of fears when she marries a soldier. I Mr an is shireen’s Tower of strength. He is her only companion to celebrate her little achievements, as trivial as hitting snowballs right on the target. While life was unfolding delightful chapters, a mishap happens which turns their lives upside down. It outrages shireen, weakens her strongest bond. So, will shireen be able to fight her fears? Does she ever find peace and achieve her aim? What made her stronger? Find the answers in the winsome story of this Novel which can melt even the hardest heart.

Be the first to review “Miles And Fears” Cancel reply