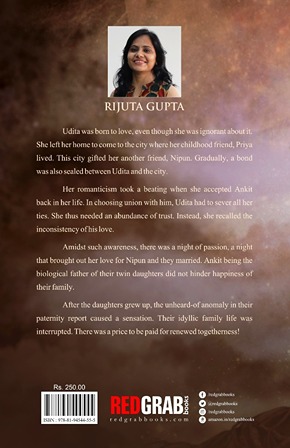 Udita was born to love, even though she was ignorant about it. She left her home to come to the city where her childhood friend, Priya lived. This city gifted her another friend, Nipun. Gradually, a bond was also sealed between Udita and the city. Her romanticism took a beating when she accepted Ankit back in her life. In choosing union with him, Udita had to sever all her ties. She thus needed an abundance of trust. Instead, she recalled the inconsistency of his love. Amidst such awareness, there was a night of passion, a night that brought out her love for Nipun and they married. Ankit being the biological father of their twin daughters did not hinder happiness of their family. After the daughters grew up, the unheard-of anomaly in their paternity report caused a sensation. Their idyllic family life was interrupted. There was a price to be paid for renewed togetherness!

Be the first to review “Love Alive” Cancel reply