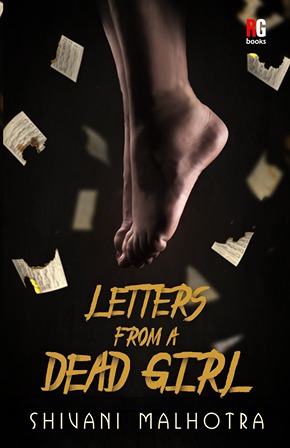 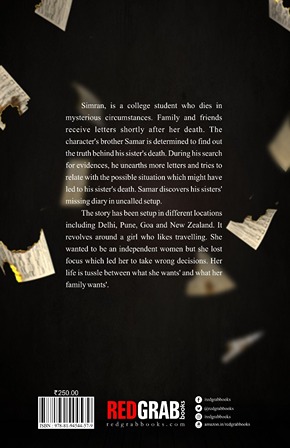 Simran, is a college student who dies in mysterious circumstances. Family and friends receive letters shortly after her death. The characters brother samar is determined to find out the truth behind his sister’s death. During his search for evidences, he unearths more letters and tries to relate with the possible situation which might have led to his sister’s death. Samar discovers his sisters’ missing diary in uncalled setup. The story has been setup in different locations including Delhi, Pune, Goa and new Zealand. It revolves around a girl who likes travelling. She wanted to be an independent women but she lost focus which led her to take wrong decisions. Her life is tussle between what she wants’ and what her family wants’.

Shivani Malhotra is currently based in Delhi. She completed her engineering in Civil from Delhi Technological University (Formerly Delhi College of Engineering). She had an amazing college life experience in DTU, Delhi. In her book, she talks about how college life is full of exposure and opportunities, but there is hind side to this life, a student faces many challenges in one’s college life. Shivani is an avid reader, a poet and a nature lover. She loves travelling and sharing travel stories. Her love of poetry continues, and her collection of poems can be seen on her instagram and facebook page. She writes for passion and not as a career option. You can know more about her on facebook@authorshivanii, Instagram @authorshivanii, Twitter @authorshivanii.