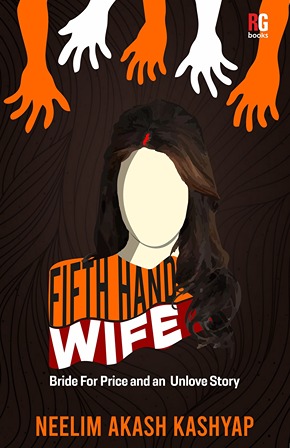 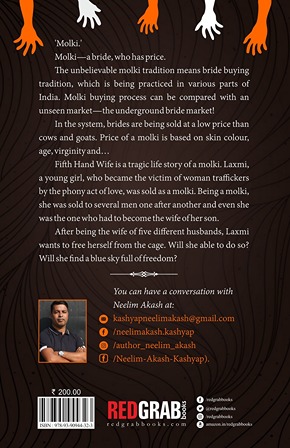 ‘Molki.’Molki—a bride, who has price. The unbelievable molki tradition means bride buying tradition, which is being practiced in various parts of India. Molki buying process can be compared with an unseen market—the underground bride market! In the system, brides are being sold at a low price than cows and goats. Price of a molki is based on skin color, age, virginity and…‘Fifth Hand Wife’ is a tragic life story of a molki. Laxmi, a young girl, who became the victim of woman traffickers by the phony act of love, was sold as a molki. Being a molki, she was sold to several men one after another and even she was the one who had to become the wife of her son. After being the wife of five different husbands, Laxmi wants to free herself from the cage. Will she able to do so? Will she find a blue sky full of freedom?

Neelim Akash Kashyap is one of the popular and award winning authors in Assamese literature. For half a decade, he has been writing books—especially novels in Assamese, a regional language in India. Till date, Neelim Akash has penned down 12 books, including 7 novels. He won 'Best Debut Book Award’—for his debut novel 'Narakor Beli'. ‘Fifth Hand Wife’ is his debut novel in English literature.Apart from writing, he has hobbies of travelling, making friends and reading books. The hurdle and obstacles that comes in his life, makes him much stronger and gives inspiration to write.

Be the first to review “Fifth Hand Wife” Cancel reply